The sight of empty toilet paper aisles in the supermarket was, for many of us, how the reality of the pandemic first hit home. Herd behaviours of panic buying may have been duplicated across the world but – in relation to toilet paper at least – the phenomenon seems to have been particularly pointed in the UK, America and Australia. In a not-unrelated turn of events, as the pandemic took hold in the US, bidet sales are reported to have soared, with one manufacturer announcing a tenfold increase in orders during the month of March 2020.

So while panic buying and shortages of toilet paper were a particular feature of pre-lockdown Australia, for instance, which like the UK doesn’t have a bidet culture, it probably isn’t a coincidence that countries relatively unaffected by the toilet paper syndrome included Italy and Portugal, where bidets have been mandatory in new-build housing since 1975.

The use of paper for hygiene was first recorded in China in the 6th century, discovered in the texts of scholar Yen Chih-Thui. In the year 851 AD, during the Tang dynasty, an Arab traveller to China remarked that the people: ‘do not wash themselves with water when they have done their necessities; but they only wipe themselves with paper’.

Since then the world has continued to be divided on the issue of whether cleansing with water or paper is better for our health and hygiene. In Europe, for instance, bidets are unusual in some countries but are embraced enthusiastically in others – including France, where it is thought the bidet was invented in the late 17th century. (The word ‘bidet’ is an allusion to the seating position, deriving from the Old French verb ‘to trot’, later the name given to a type of pony kept by the aristocracy.)

If you look at the geography of bidet use around the world, it’s hard to define any overriding cultural pattern. As well as being popular in southern Europe, they’re common in the Arab world and also in West Africa, southern Eastern Europe and South American countries including Argentina, Paraguay and Uruguay. Shower toilets are gaining popularity in Japan (where they’re now present in around 60 per cent of households) and elsewhere in Asia but continue to be relatively unusual in northern European bathrooms, although paradoxically bidet showers are common in Finland.

It seems from the picture of bidet uptake emerging from across the Atlantic that something of a cultural shift in the water–paper divide might be underway. It also seems that reasons beyond the pandemic could be the real drivers, with increasing awareness of sustainability certainly appearing to be a factor. It was reported recently that the average American uses three toilet rolls per week. If you do the maths, that adds up to somewhere around 50 billion rolls a year – or a lot of trees. 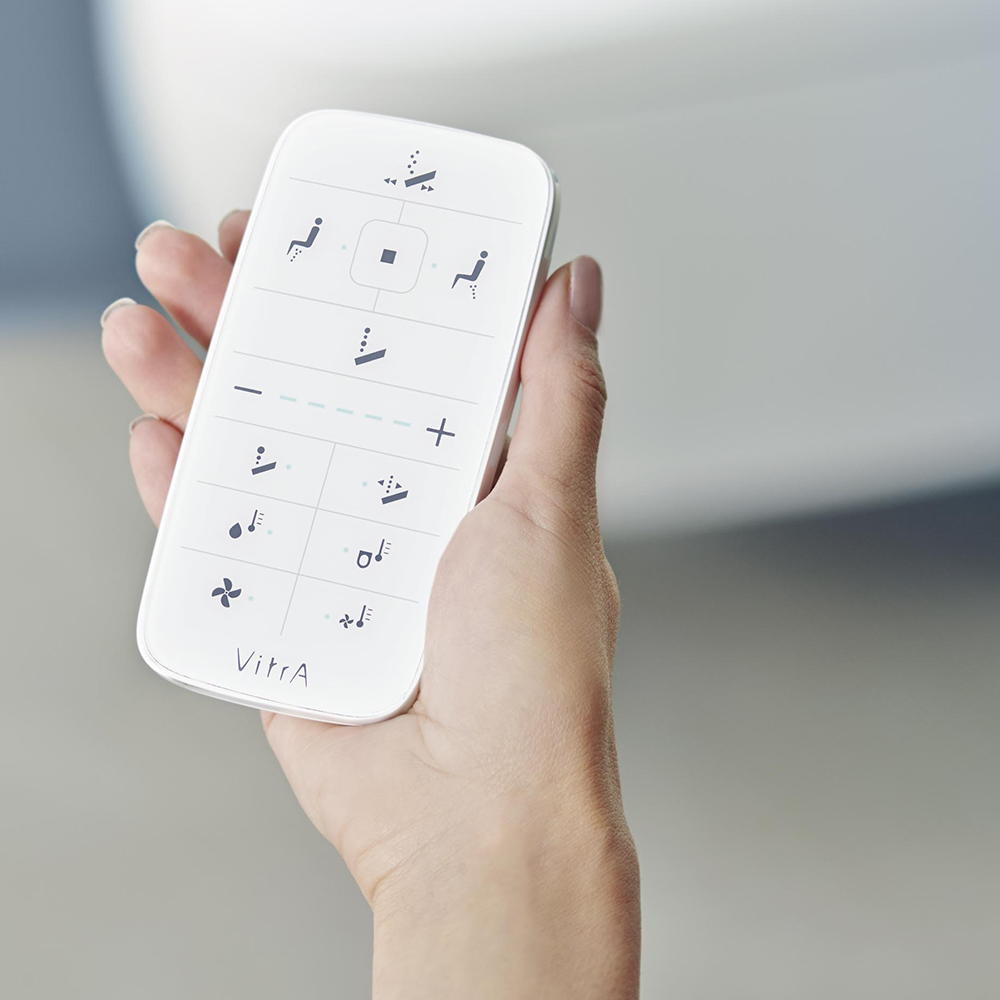 A Scientific American article once claimed that washing with water after going to the loo uses a lot less of the world’s water resources than is taken up by the manufacture of its toilet paper, let alone flushing it away. Inevitably, it’s a complicated debate, involving long supply chains on all sides, but is certainly something to think about.

Another environment-related factor behind the trend might be greater understanding of the problems and expense caused when supposedly flushable toilet wipes are washed into the shared infrastructure of our sewer systems – including damage to the environment caused by overflows, and related public health implications.

Growing awareness of personal health issues is probably another reason for the trend towards washing with water. Whereas hygiene and comfort are perhaps more subjective considerations, there’s an uptake of interest around the question of whether water might actually be the better option for health. There is as yet no hard evidence either way but some doctors are known to support water washing in the context of specific conditions such as haemorrhoids and urinary tract infections. 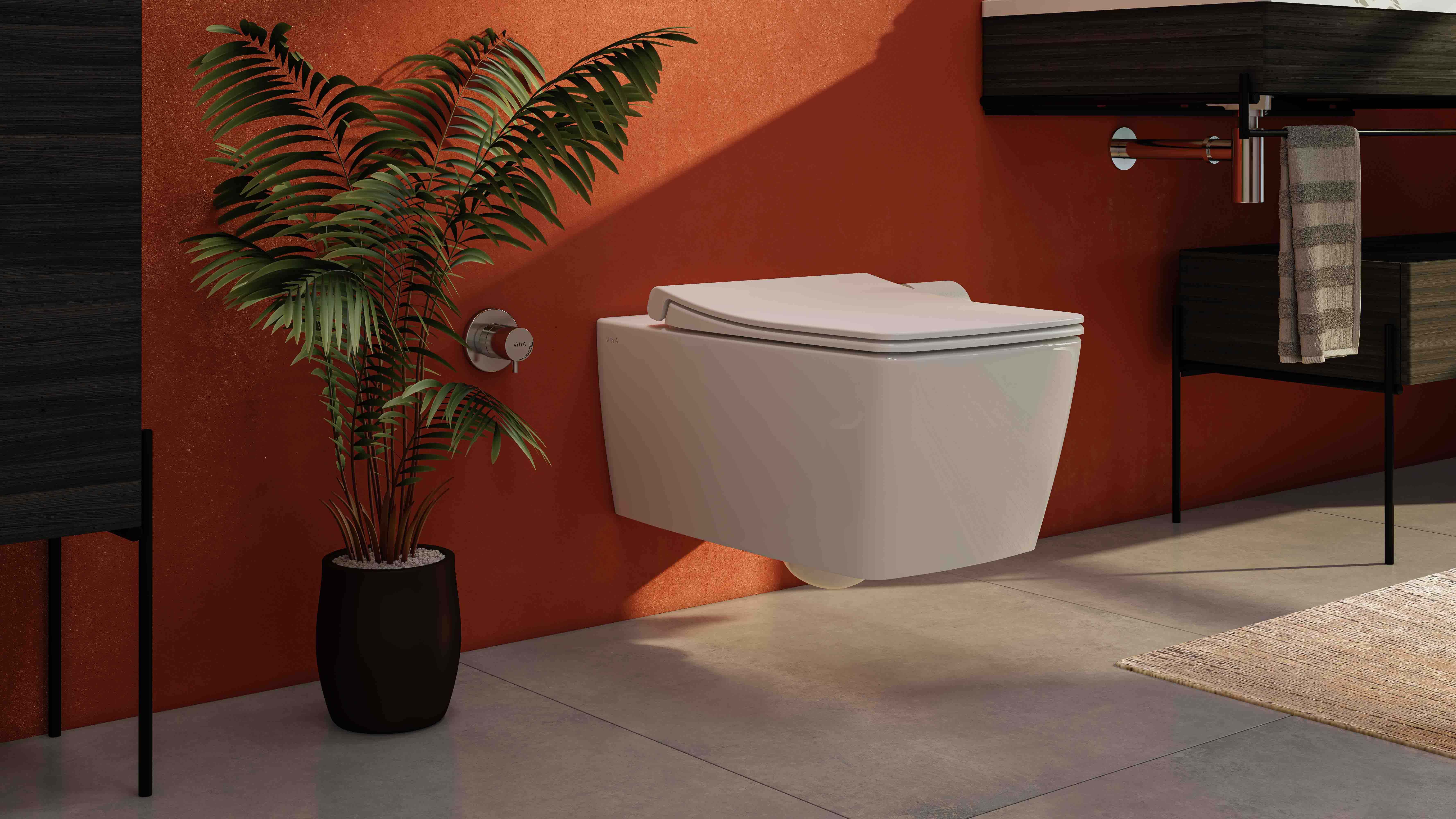 With the average bathroom size in the UK getting smaller, there isn’t always space for a separate bidet. VitrA reports that shower toilets are proving an increasingly popular solution. There are many options, from the simple combined WC and bidet models to those with full technology capabilities including washing and drying functions, variable water pressure and air purification modes, all accessible through a remote control.

Shower toilets are also increasingly popular in accessible and age-friendly design contexts. Aside from any potential hygiene benefits, this reflects a general societal move towards harnessing design to prolong or promote independent living for people with poor or declining mobility or other accessibility challenges.

The water–paper debate will no doubt rumble on, with any underlying shifts in global trends unravelling over time. What is clear is that personal preference will always be high on the agenda when it comes to the essentially rather private matter of our toilets.

Design Update #4 focuses on the theme of Wellness, a subject that has remained top of the agenda following the outbreak of Covid-19. Contributors including Sadie Morgan OBE and Charles Holland share their thoughts on incorporating wellness into architecture and product design. Read the full publication here.

Bathroom spaces for wellbeing: A conversation with Arik Levy